Get fresh music recommendations delivered to your inbox every Friday.
We've updated our Terms of Use. You can review the changes here.

You Are Lost Anyway 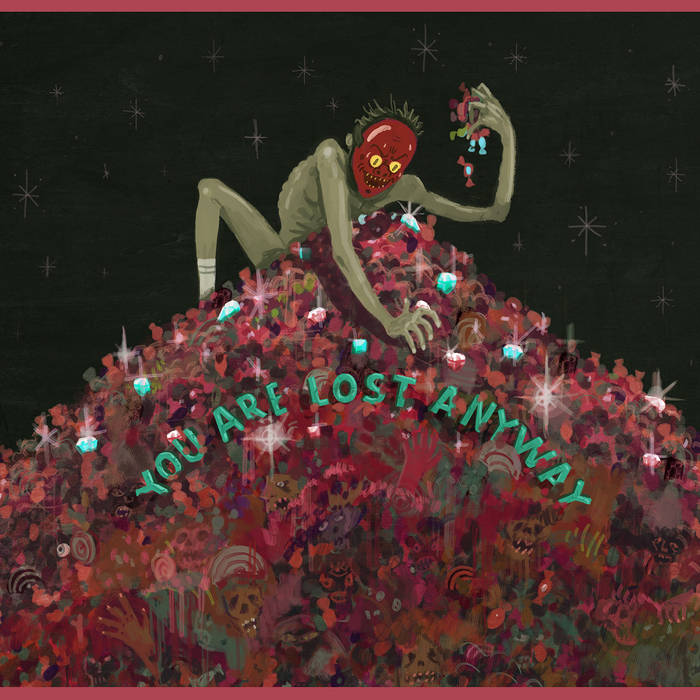 aganim Very different tone, but very convergent and stringently sounding. Some things are SO coming out of the blue... So great! Favorite track: Supernova, Black Hole, Eternity And The Space.

"Already Dead, trustworthy purveyors of solid modern “Rock” (among countless other conceivable genres, barring reggae and opera) don’t disappoint with this new release to quench your air guitar/air drumming needs. It’s called YOU ARE LOST ANYWAY and its authors are German prog rock/psych band, Excessive Visage. I’m going in cold/unbiased, previously being unacquainted with any of their prior work. As always, it’s a treat, getting to preview/review these albums ahead of time!

The album starts off on some Sunburned Hand of the Man/No-Neck Blues Band-style earthy, improv weirdness (quickly abandoned for the remainder of the album) before shifting gears into a playful, whimsical Syd Barrett-esque psych-pop jam. Around five minutes into the song is a crunchy, bluesy fuzz guitar solo that builds into some haunting male and female vocal dueling. This is definitely an “album” album, no need to break it down track by track. It’s epic and cinematic. Intentional or not, there are nods to ELP, Yes, Genesis and the like, but also The Mars Volta and The Sound of Animals Fighting. The vocals are uniformly gorgeous. My favorite track upon the first couple of listens is “Ron,” for what it’s worth.

There’s a buttload of ‘70s rock moves, sick guitar riffs, and memorable melodies, all played professionally and capably. These blokes are actual musicians. Definitely good driving music; throw this one on the tape deck while traversing the great highways of the haunted universal road zone. Perhaps I’ll cross paths with them a year from now (the time of this writing) in Germany."

YOU ARE LOST ANYWAY
was produced, mixed and mastered by torsten lang

They forge a language of their own, identifiably rock, and not forbiddingly avant-garde, but uniquely specific, and extremely powerful.
There’s a distinct streak of darkness running through these sounds, an ominous and uneasy atmosphere, that sits well with the power and drama of the arrangements. ... more

Bandcamp Daily  your guide to the world of Bandcamp

Sampa The Great joins the show to discuss her release, "As Above, So Below".